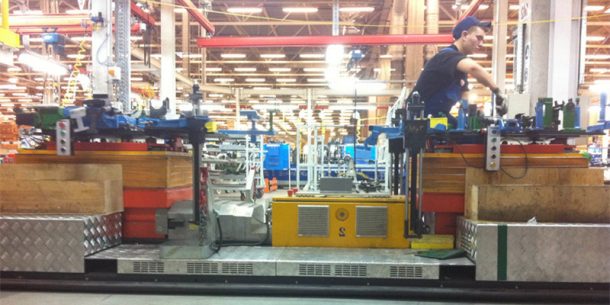 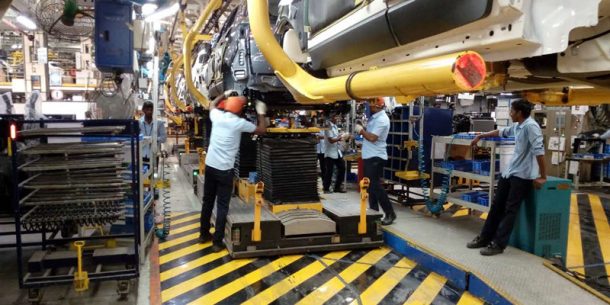 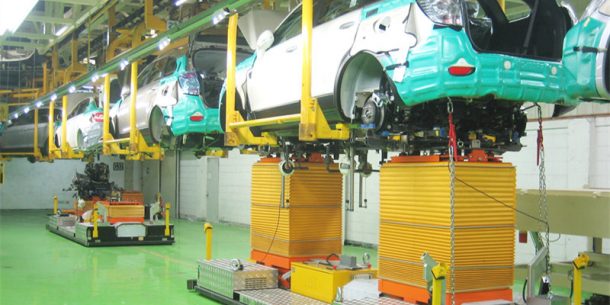 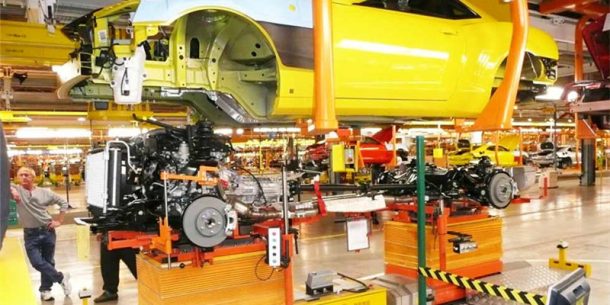 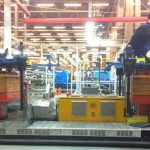 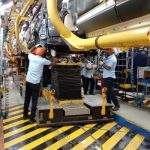 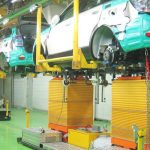 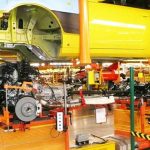 SIASUN is the largest AGV supplier in China, which has over 20 years’ rich experience in automotive body chassis marriage area. SIASUN’s AGV system have plenty advantages such as stable functionality, reliable operation and higher cost performance. SIASUN has won several chassis decking projects of General Motor’s greenfield programs, which made SIASUN successfully export AGV systems to the GM factories all over the world such as America, Canada, Russia, Korea, India, Uzbekistan, etc. which rewritten the history of domestic robots exported to the world.

The dual lift assembly AGVs in GM plants is used for assembling the dynamic power, rear suspension and tank to the car body. AGVs has the synchronized running function to realize the dynamic assemble in any working stations.

AGV is the best solution for body chassis marriage, which based on magnetic navigation. It almost does not need floor construction, system allocation. It is easy to be installed. Once there is technical alteration or speed up the product pitch, AGV system can adjust to the changes rapidly.

This project is manual fastening and installation. It is easy to use AGV for the ease of the manual operation. The dual lifters AGV of SIASUN is the standard type based on its years’ marriage experience. There are two platforms on both sides of AGV, which provide rich standing space for the operator. There is no complex mechanism on the two lifters, which is more convenient for the operation to install the bolts in underpart.

AGV adopts synchronization and interlock with the mainline. In dynamic decking status, AGV can synch with the car body simultaneously, which is not limited by the line speed. It can extend the length of the assembly stations when the pitch is speeded up.

The parts can be directly loaded on AGV and made simple sub-assembly on AGV.  When loaded with parts, AGV transports the parts to the mainline to make marriage.  AGV can not only transport the parts, but also assist the assembly, which reduce the transfer lines of the whole pallet. It is good for cost reduction and assembly space saving.

Except the space reducing in the item 4, the magnetic navigation of AGV system can make good use of the space since it is flexible to arrange the loop. More important, AGV can make side movement, which can save half of the area when make turning. For example, in our former project in automobile factory, it has adopted AGV side moving method, which saved 150 m2 for the user, which provide the big convenience for the layout of the customer’s workshop.